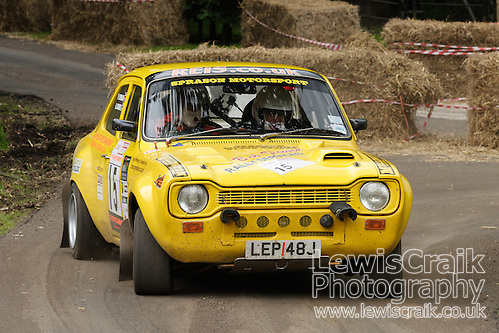 Finally, on the third year of meaning to go, I managed to keep the weekend free and made it to the Rally of the Midlands. Having grown up in the McRae/Burns era rallying is probably my favourite form of motorsport, so it’s a bit rubbish that I haven’t been to many rallies. I’d decided to go to the Merevale Hall stage, as the only other Saturday stage open to the public was at Mallory Park and I’ve shot there before, upon arriving at the stage the first thing that struck me, as someone who has spent a lot of time at race circuits, was the lack of barriers, although there were some in the main spectator areas, most of the time the only thing between spectators and cars was common sense! The stage was run twice, once in each direction, my favourite angle was from the afternoon run, where a hay bale chicane had been placed infront of the main door to the hall, the gravelly surface allowed the cars break traction and the cars were running towards me, perfect!