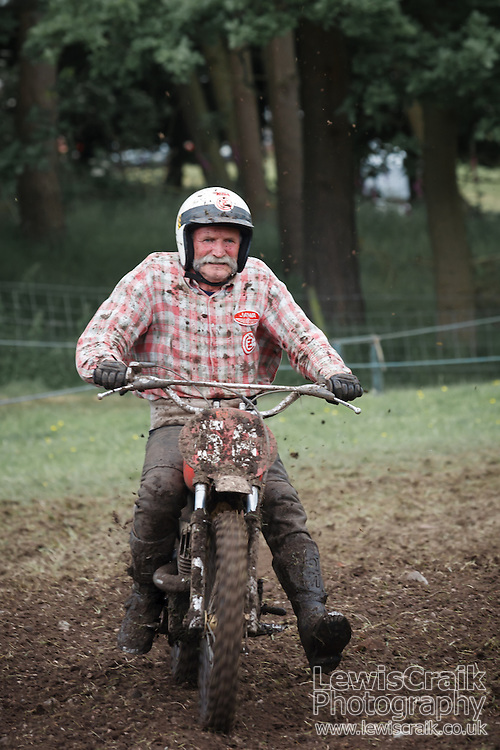 It wasn’t just cars at Cholmondeley, there were boats, planes and bikes too. During a break in the track action we wondered over to the vintage motocross circuit, which actually looked like organised chaos, but was fun to watch. The rider above caught my eye, he wasn’t the fastest there (possibly due to not wearing goggles!!!) but his look and demeanour in the pits gave off the impression of a lifelong passion for motocross.

While I was writing this post I also came across this vintage motocross video on the Drive Network on YouTube, which is a must subscribe for petrol heads, it’s like Top Gear, but with the banter to cars ratio reversed, so it is a lot more car focussed! 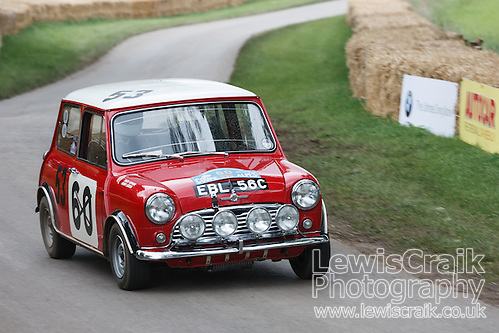 For Father’s Day I took my Dad to the Cholmondeley Pageant of Power in Cheshire which is a similar event to the Festival of Speed, albeit on a slightly smaller scale. In amongst the modern supercars and aero engined racecars from the 1930s (42 litre V24 engines!!!) my favourite car of the event was this little Mini Cooper which was driven by Paddy Hopkirk in the mid 1960s. Unlike a lot of the other historic vehicles there which looked like they had come straight out of a museum, with spotless engine bays, this Mini looked like it had been driven hard, the engine bay was suitable oily and the block painted in the original British Leyland green.

Other highlights were Bentley demonstrating the smoothness of their engine, by balancing coins on the rocker cover and the drive there and back with my Dad, we were in his Porsche Boxster with the roof down, managed to avoid motorways for both journeys and stopped for an Olympic Breakfast at the Little Chef on the way there, all ingredients for a good road trip! 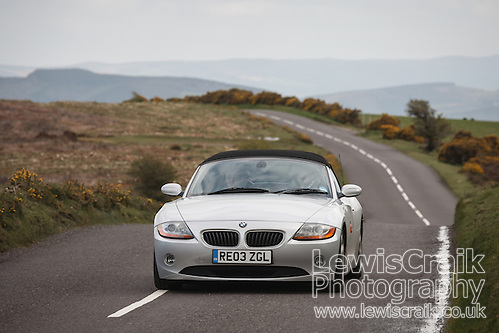 This is my friend Ali’s BMW Z4, the photo was captured near Porlock on Exmoor whilst we were on a road trip.

A group of us were renting a house in Croyde, which I’d spotted last time I was there and after spending a week living in it, it is still my dream house. The plan had been to get a lot of surfing done, but mother nature had other ideas, and there weren’t any waves the whole time we were there. After being shown an article about the A39 on the Greatest Driving Roads website about how despite being named as a major road the A39 from Barnstaple to Minehead was in places just a single lane and had 1 in 4 gradient hills up onto Exmoor, a road trip was needed!

Unfortunately, as we are taking my MX-5 to the Western Isles later in the year, I was driving Jen’s 500, Ali & his girlfriend, also called Jen, joined us in Ali’s Z4. The 500 coped surprisingly well with the hills and the views over Exmoor and over the Bristol channel to Wales were great, Minehead was less so, my advice to anyone doing this road trip would be to stop at Porlock, which seemed much nicer than Minehead and the last part of the A39 wasn’t anything special. On the return journey we stopped at the top of Porlock Hill and I asked Ali to drive the section of road a couple of times so I could take some photographs. I’m quite pleased with the final result, I’d wanted to capture the sort of image that is used in Evo magazine which I think I managed, the only thing I don’t like about the image is that the roof is up!

After the photoshoot we went to Lynmouth for a cream tea and walk along the harbour, before heading back to Croyde. So even though we didn’t get to surf a road trip to Minehead was a great way to spend the day!