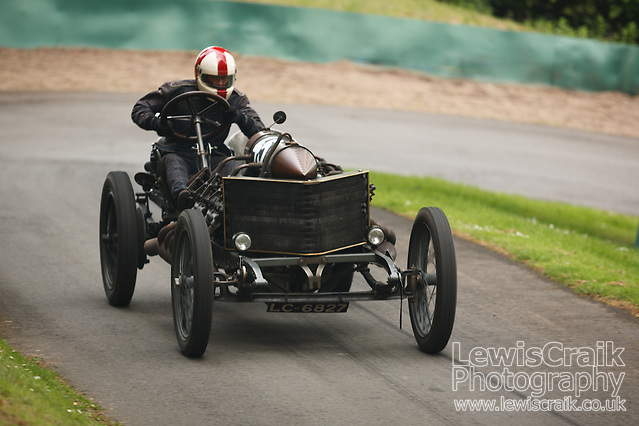 Last month Jen and I met my parents at Prescott Hillclimb in Gloucestershire for the “La Vie En Bleu” French themed hillclimb event. As Prescott is owned by the Bugatti Owners Club, I was expecting a mixture of Bugattis and French hot hatches, but there was a good mix of cars, from Morgan 3 wheelers to Aston Martins. Of course there were plenty of Renault 5s too!

However my favourite cars of the day were the Lorraine Dietrich and the Darracq pictured above. The Darracq particularly caught my attention as it had a 25l engine and no body work, not even a floor – the flywheel was spinning inches from the drivers foot. I later discovered that this particular car held the land speed record in 1905! It also set the second fastest time in class and sounded awesome. I’m glad that this 110 year old car is still being driven as intended and not locked away in a museum somewhere.